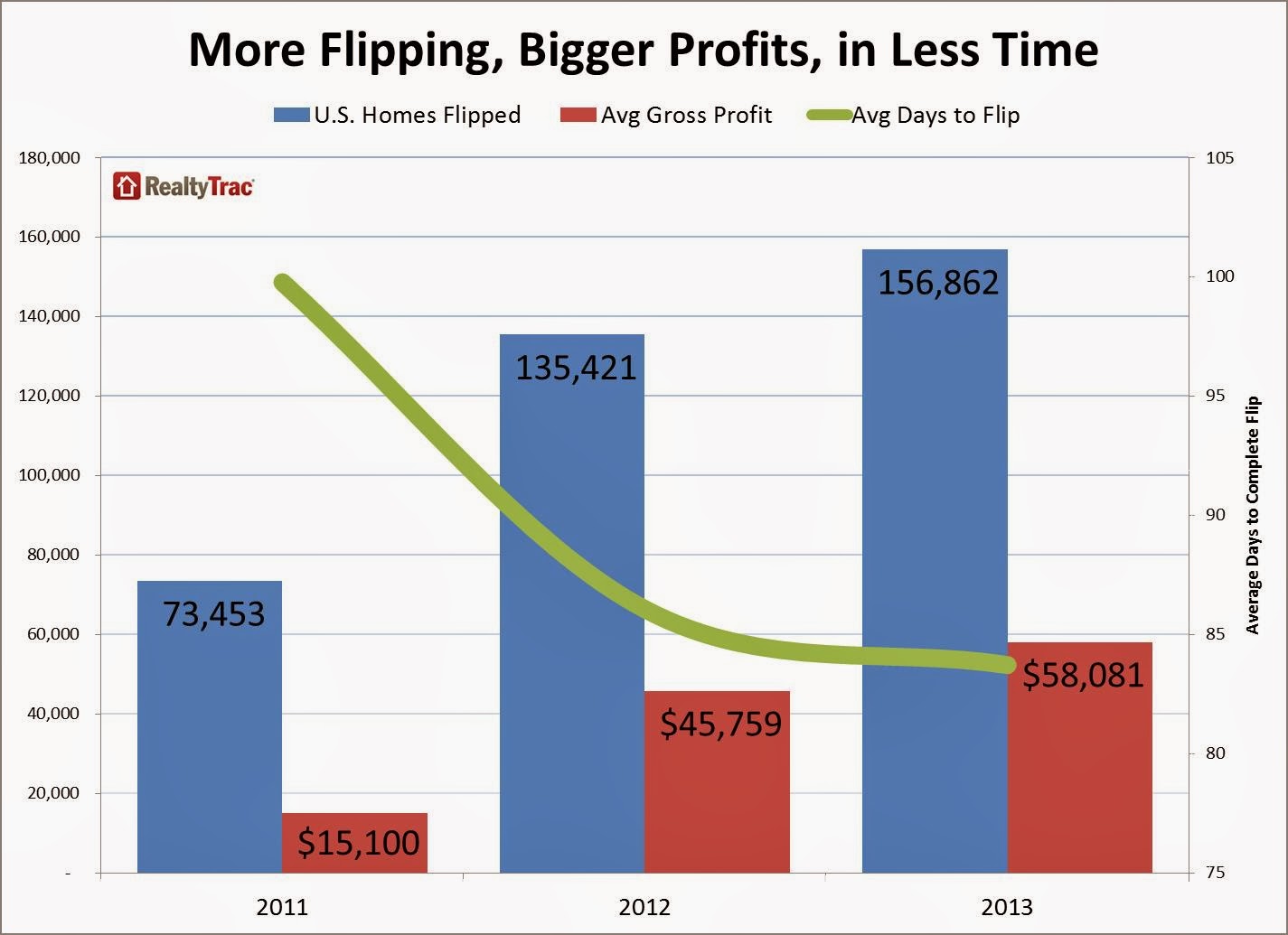 “Investors have not lost interest in purchasing and flipping homes. In fact, now that we are seeing home price appreciation they are more interested than ever,” said Sheldon Detrick, CEO of Prudential Detrick/Alliance Realty, covering the Oklahoma City and Tulsa, Okla., markets.  “The challenge for many would-be flippers in our markets is a shortage of available inventory to flip, as evidenced by the decrease in the number of homes flipped in both Tulsa and Oklahoma City in 2013 compared to 2012.” "...via Zero Hedge