.
1/19/14, "Russia Wakes Up and Smells the Shale," The American Interest, Walter Russell Mead and staff

"Russia began drilling a well in its Bazhenov shale formation in Siberia this week, tapping in to what may be the world’s largest single reserve of shale oil. 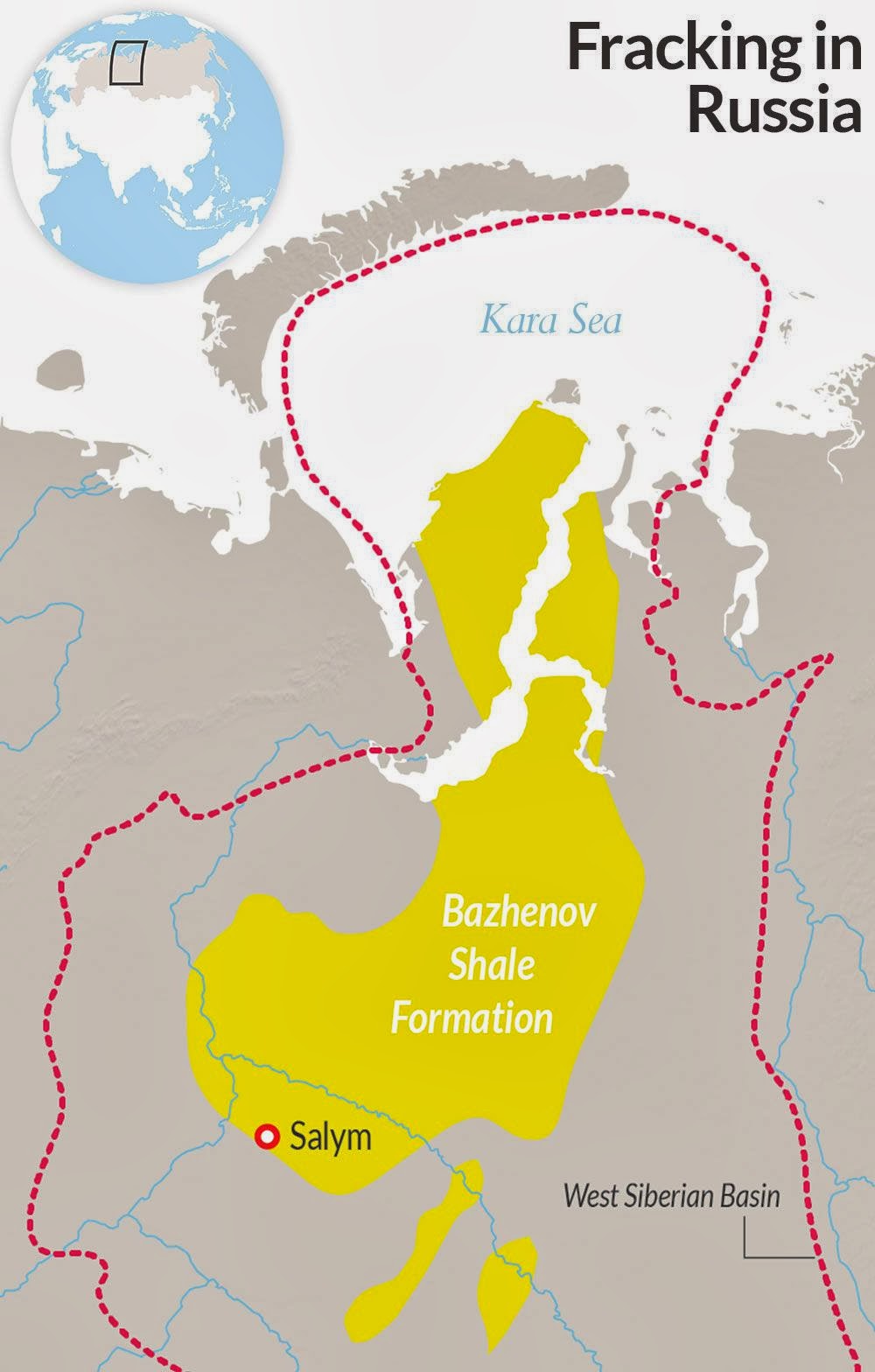 Moscow is coming to the shale game very late; because Russia is already rich in conventional oil and gas, it’s felt little pressure to invest in unconventional reserves. But as its hydrocarbon production begins to stagnate, Moscow is realizing that shale energy might actually be worth looking in to. And no wonder: Russia has the world’s largest reserves of shale oil, and ninth-largest reserves of shale gas. Earlier this week, a joint venture between Royal Dutch Shell and Gazprom Neft broke ground on its first fracking well in the Bazhenov shale, just outside of Salym. Bloomberg reports:

"The Bazhenov layer, which underlies Siberia’s existing oil fields, has attracted Shell and Exxon Mobil Corp. (XOM) because it’s similar to the Bakken shale in the U.S., where advances in drilling technology started a production boom. Exxon will also start a $300 million pilot project drilling in a different part of the Bazhenov with OAO Rosneft (ROSN) this year."

If Russia is able to successfully plumb its Siberian depths for shale oil and gas, it could leverage its energy holdings towards its ambition of becoming a Great Power once again. But a long list of hurdles needs to be cleared, and no one—not the UK, not Poland, not even China—has been able to follow in America’s footsteps. Russia is just now drilling its first exploratory well, so it’s still far too early to tell whether or not it will fall to the same pitfalls, but it has a lot going for it. Most importantly, it has the experience, service industry, and infrastructure that comes with being one of the world’s major producers of hydrocarbons." Russia fracking map from American Interest, via Instapundit