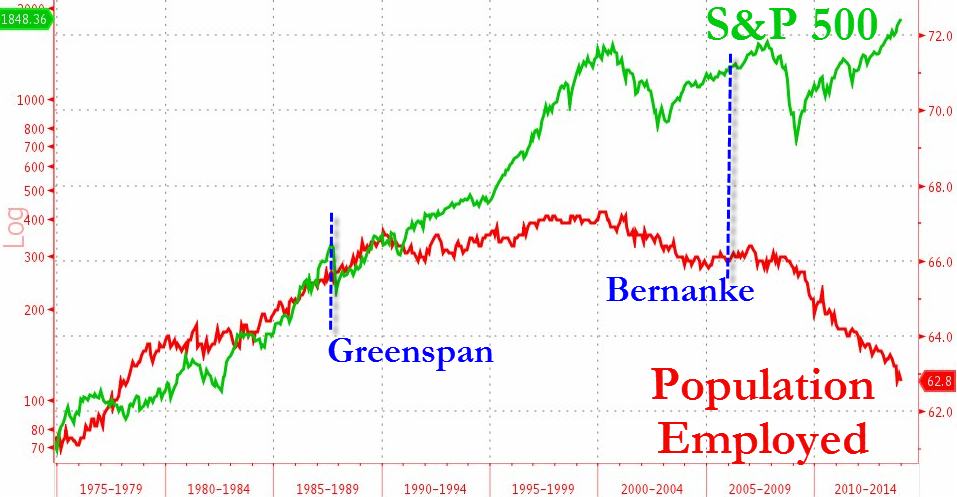 "Given the fact that the S&P 500 is up over 18% since the last State of the Union address, we suspect the state of the Union will be "strong." However...one can't help but wonder how "strong" the Union is when there are 2.845 million more people not in the labor force than a year ago. [and for those who like excuses - this is higher than the working-age population growth of 2.4 million people - so we did "lose" jobs]

Last year's 6,990 words were strewn with "hope", "change", "jobs" and "wall street" - we suspect the term "inequality" pops up more than once this time along with the ubiquitous lambasting of the opposition for counterfactually buggering the whole "recovery" plan up. If only there was no 'opposition' - oh wait, we forgot to add "unilateral" and "executive order" as suggested words for tonight's show.

A reminder from last year's SOTU...
And this year's
Adding that: