Texas and North Dakota Hockey Sticks as of Oct. 2013, EIA 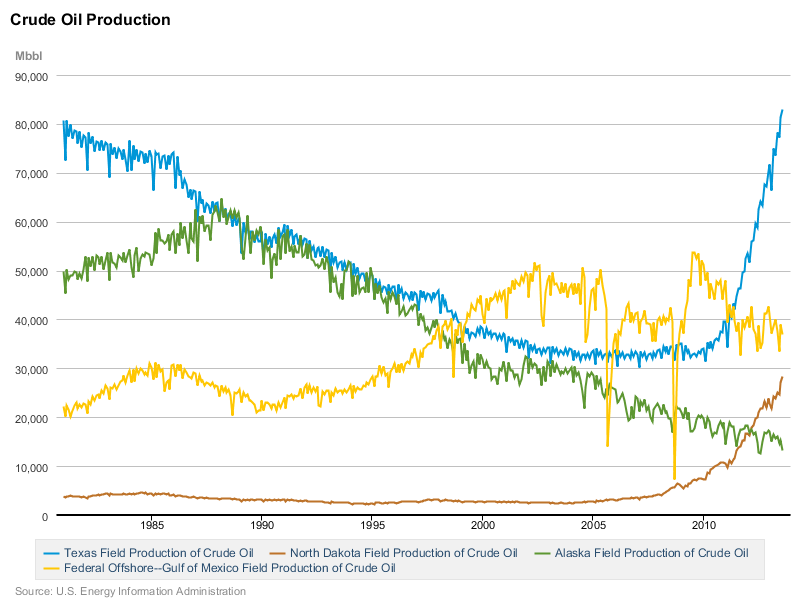 "As a follow up to my article from nearly one year ago, Fracking responsible for the big boost in US crude production?, I once again direct your attention to the following chart from the EIA, updated 10/30/13. The Texas and North Dakota hockey sticks are very impressive."...(Alaska not, ed.)