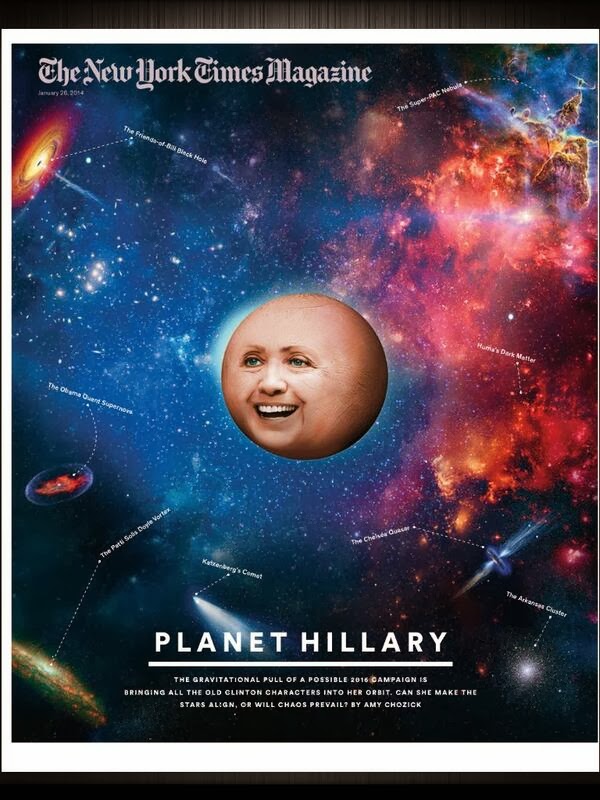 "The image of a round, fleshy Hillary head adorns the cover the the upcoming issue of The New York Times Magazine.

On Thursday, Arem Duplessis offered a visual evolution of the cover.

And at The Daily Dot, Miles Klee gathered the memes and the memes about memes that have since come to life.

But reading headline reactions to the cover was also pretty fun. Responses ranged from inspired (Vanity Fair) to WTF (pretty much everyone else).
The Guardian isn’t sure what to make of it: “The New York Times Magazine ‘Planet Hillary’ cover: brilliant or bizarre?”