One Percenters at Davos deciding how to 'reshape' us aren't just the rich, academics and journalists 'gather to hammer out the answers'-BBC

.
"The big question this year is how to reshape the world....It's not just CEO's and finance ministers, but also academics and journalists who gather to hammer out the answers."...BBC 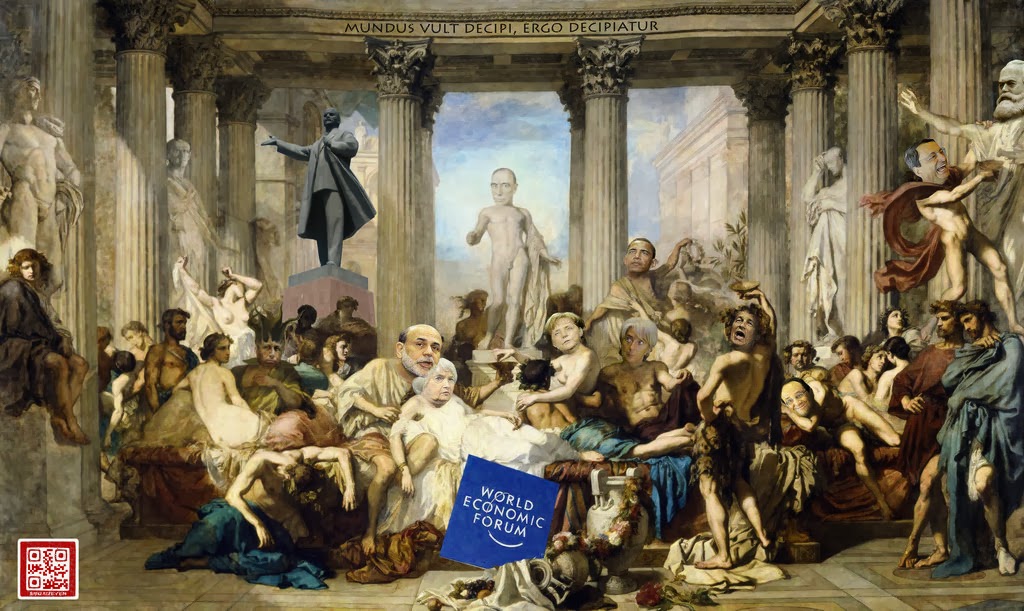 "A sleepy ski resort is an unlikely backdrop for the biggest business meeting in the world. Yet here in Davos, Switzerland, 2,500 business leaders and policymakers meet once a year to discuss the big problems.
Whether they come by bus, train or even helicopter, it's not just CEOs and finance ministers, but

also academics and journalists who gather to hammer out the answers.

When I was a special adviser to the World Economic Forum, I was always asked to propose concrete policy solutions.

The big question this year is how to reshape the world.

Hot topics There will be numerous sessions on what a reshaped world must contend with, such as slow growth, high unemployment, rising inequality,

to name a few.

It comes then as no surprise that the keynote address this year is by Japanese Prime Minister Shinzo Abe, who is the first Japanese PM to give it.

His aggressive attempts to lift Japan's long stagnation will be a focal point for other post-crisis countries. And others, too, as the Nigerian finance minister told me that she will be listening intently.

Perhaps there will be a report on the solutions to the world's problems but usually there isn't. It's why Davos is often described as a talking shop.

But then again when the talking is by

leaders, the networking process can be important. I've been invited

to drinks with a royal,

to dine with a billionaire and have a fireside chat with a tech entrepreneur.

Some would say that those are the conversations, rather than any concrete outcome from Davos, that will actually matter in reshaping the world.

As with all such claims, only time will tell."

Comment: We're so lucky to have all you people to "reshape" us.