NY Times puts Tea Party on front page, dog whistles to congress not to heed 'once-surging' Tea Party. Why does Times allocate precious space and reportorial talent to the Tea Party if it's of no consequence?

"If the Tea Party has been weakened by the November election, why are the mainstream media expending so much effort attacking it?

The latest attempt is today’s front-page article by the New York Times, which alleges that the Tea Party is turning to “narrower” issues and suggests, none too subtly, that Congress should stop paying attention to it.

To the great frustration of the mainstream media and the GOP establishment alike, the Tea Party continues to hold the line against tax hikes and new bailouts. It also won a significant victory with the recent passage of right-to-work legislation in Michigan.

These are not “narrower” issues: they are the most fundamental issues concerning the nation’s fiscal health and economic future. It is the Times and the liberal gentry that it serves who cling to narrow, often contrived issues such as the co-called “war on women” to maintain their political clout.

precisely because it is serious about economic realities the left would prefer to deny."...


"The Tea Party might not be over, but it is increasingly clear that the election last month significantly weakened the once-surging movement, which nearly captured control of the Republican Party through a potent combination of populism and fury."...

The NY Times hopes Fox News star Karl Rove can save them from the Tea Party, describes him as "long the party’s tactical mastermind:" (4th parag. fr. end)

"For both parties and certainly the broad swath of independent voters, defeating this new crop of Tea Party nominees has become imperative to avoid the sense of national embarrassment from each divisive and offensive utterance, each wacky policy proposal."...

NY Times' Tom Friedman at his wits' end suggests establishment GOP start a third party. Friedman may want Karl Rove in the new party since he was key in electing Obama twice: 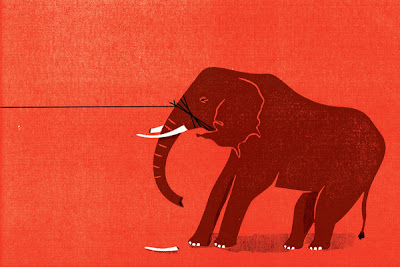