After Columbine school killings Pres. Bill Clinton funded "COPs in School" program placing police officers in schools. Why no screaming media hate against Clinton for this at Columbine anniversary in 2000?

"Marking the first anniversary of the shooting deaths at Columbine High School, President Clinton announced $120 million in new federal grants Saturday to place more police officers in schools and help even the youngest kids cope with their problems.

"In our national struggle against youth violence we must not fail our children; our future depends on it," the president said in his weekly radio address....Other subjects will include the risks, challenges and anxieties faced by young people today and what can be done to avoid dangerous or risky behavior.

"We need to talk about safety and security in every house in America," Clinton said....

Clinton also unveiled the $60-million fifth round of funding for "COPS in School," a Justice Department program that helps pay the costs of placing police officers in schools to help make them safer for students and teachers. The money will be used to provide 452 officers in schools in more than 220 communities.

"Already, it has placed 2,200 officers in more than 1,000 communities across our nation, where they are heightening school safety as well as coaching sports and acting as mentors and mediators for kids in need," Clinton said....

"As we prepare next week to mark the one-year anniversary of the tragedy at Columbine High School, our thoughts turn to the safety of our communities, schools and children," Clinton said. "All of us--parents, schools, communities and government--share responsibility to keep kids safe."

On April 20, 1999, two students at Columbine High in Littleton, Colo., fatally shot 12 students and a teacher before killing themselves." via Real Science

12/22/12, "After the Columbine shooting, Bill Clinton wanted to put police in schools – and it was good. Now that the NRA has proposed the same thing, the idea is evil." Steven Goddard 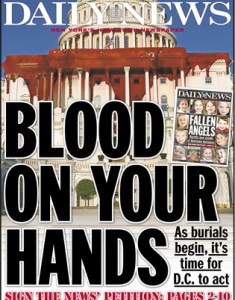 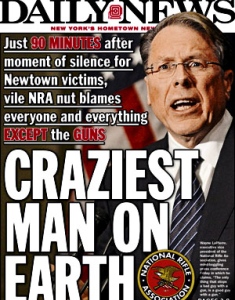