Commenter asks Sam Donaldson, Sam, when you say 'our country,' to whom are you referring? Who are your fellow travelers? USSR politboro members thought it was 'their' country, too at one time 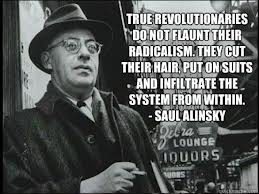 12/24/12, "Sam Donaldson Tells Tea Partiers 'It's Not Your Country Anymore - It's Our Country'," NewsBusters

What exactly are the basic principles - around which a diverse group of people you refer to as the ‘Tea Party’ loosely affiliated themselves - that you disagree with and think are ‘outdated’?

The idea that government should not suppress individualism?

The idea that success begotten of hard work is to be celebrated, not resented and punished?

The idea that it isn’t fair for able bodied and able minded individuals to live off of the efforts of others?

The idea that nations have the right to protect their borders and protect their way of life, without having to worry that rapid shifts in demographics - supported by a single political party because it will benefit them at the voting booth - will lead to a rapid shift in their own lives and the lives of their children?

What I’m hearing from you Sam appears to be to be vituperative.

What exactly have those you think of as ‘old America’, done to deserve derision?

You have lived the life of an elite, while quite ironically - (if I kindly avoid calling you a hypocrite) pushing politically for a more homogeneous society, grouping most of us into a mass of humanity beneath you - Commoners, whose education and/or opinions you consider to be more primitive and less legitimate than your own. It’s nice to be special, isn’t it Sam?

By the way Sam, politics and political systems are quite dynamic, but the idea of personal freedom is fundamental and in the end will always be the focal point toward which all political systems will eventually move. You can bank on that, although I fear that your old ideas will prevent you from seeing this. Any political system that suppresses the ability of individuals to self-determine, and that pushes for a homogeneous society, will die. Ask those

members of the USSR politburo who are still around about this.

It was ‘their’ country too, at one point.

Happy New Years Sam. It would behoove you to remember that there are none quite so ignorant in the world as those who are

convinced of their own intellectual superiority." Alinsky image Free Republic

P.S. Mr. Donaldson was arrested recently for drunk driving. He was found to be drunk after committing a
moving violation. Normal human beings would be shaken by this potentially deadly event. At minimum, normal human beings admit their lack of judgment and impulse control. They take stock of themselves and their general conduct. They don't immediately go on national television and spew ignorance and hate.