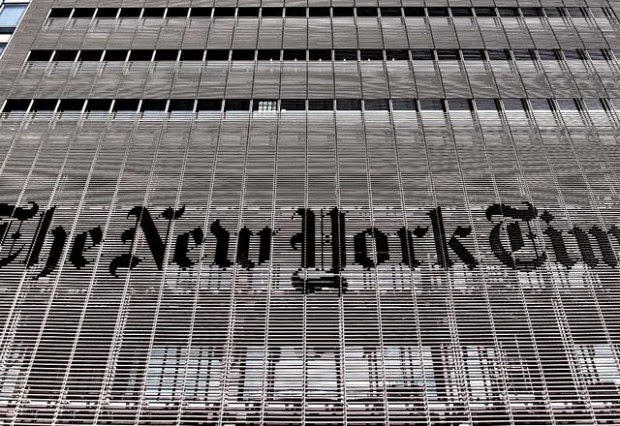 "At his Muckraker column at Forbes, The Media Intifada: Bad Math, Ugly Truths About New York Times In Israel-Hamas War, investigative journalist Richard Behar exposes many of the problems-really scandals-with the MSM reporting on Gaza.

Though he focuses a lot on The New York Times, he focuses on other news outlets too and how, through a combination of credulousness, bias and laziness, they have become in the words of his friend, and fellow investigative journalist, Gary Weiss, “part of the Hamas war machine.”

In the wake of the Jayson Blair scandal The New York Times led the journalistic pack by hiring a “public editor” to handle complaints in the hopes of averting another similar scandal. But the problem with public editors or ombudsmen, as they are also called, is that they don’t challenge the assumptions of the editors and reporters. Rather they seem to be explaining why the readers don’t understand the high minded principles that professional journalists adhere to. What’s important about Behar’s takedown of the reporting is that he challenges the assumptions that news organizations accept.

Behar looked at the media in general and specifically at The New York Times “because it is, without question, the most important media outlet in the world, in terms of setting the table each day for other outlets.”. I can’t cover the whole scope of Behar’s critique as it is sweeping and comprehensive, but I’d like to focus on a few of his specific criticisms and then on a few of his observations.

Behar’s first critique of the Times is for its Gaza based reporter Fares Akram, and what he discovered when he visited Akram’s Facebook page.

"His profile photo was not of himself, but of PLO leader Arafat. A second photo, still in his album, waxes poetically about Arafat in the context of “heights by great men.” But Arafat, among many things as the longtime leader of the Palestinians (the 1972 Munich Olympics massacre comes to mind), opted for the Second Intifada in 2000, rather than accept a generous peace offer from Israel. Before he died, he said on TV that dead Palestinian children are good for the cause. In 2009, following an Israeli air strike that tragically killed his father and a cousin, Akram wrote that “I am finding it hard to distinguish between what the Israelis call terrorists and the Israeli pilots and tank crews who are invading Gaza.” Akram, a Palestinian resident of Gaza, has also published more than a dozen dispatches for Al Jazeera, parallel to his Times reporting, since the war began last month."

I knew some of Akram’s history but not about the Facebook page or his reporting for Al Jazeera. Behar also discovered that Akram worked for the anti-Israel NGO, Human Rights Watch. Some of his tenure at HRW overlapped with his time at the Times.

Given Akram’s record and publicly available statements it’s curious that the Times is not concerned about bias. When anti-Israel activists pointed out that then Jerusalem bureau chief, Ethan Bronner’s son was serving in the IDF, the paper actually expressed doubt about Bronner appropriateness of the job.

In a column, public editor Clark Hoyt concluded that there was an appearance of a conflict of interest and that “I would find a plum assignment for him somewhere else, at least for the duration of his son’s service in the I.D.F.” (Not everyone at the paper agreed and former editor Bill Keller took strong exception to Hoyt’s column.) Bronner completed his assignment and returned to the States a year later. But despite Akram’s demonstrated biases, his fitness for the job apparently has not been questioned.


And what of the Qatari government’s subsidiary, Al Jazeera America? I posed the matter to Steven Emerson, who has studied the network extensively. He is a longtime expert on Islamist terror who runs the Investigative Project in Terrorism (IPT), and he worked prior to that as an former investigative journalist for CNN and U.S. News and World Report. “AJ America does very good reporting, but it was set up to provide cover as a propaganda outlet for its unabashed pro-Islamist, pro-Muslim Brotherhood, pro-Hamas owners,” says Emerson. “Qatar is the Number One financial supporter of the Brotherhood and Hamas today. Its coverage of the Israel-Hamas war has been scurrilously one-sided even though they pretend to be “evenhanded” by interviewing official Israeli spokesmen.”

Many American news organizations cite Al Jazeera and don’t care that it functions as an arm of the Qatari government. Worse plenty of American reporters have signed on to the station leading Emerson to comment, “The journalists who joined AJ America have sold their souls, I’m sure for a very good price. Some of them went over to AJ America because it perfectly suited their ideological agendas.” In the end many will hopefully find what onetime Al Jazeera English anchor Dave Marash did, when “he quit Al Jazeera English in 2008 because of anti-American bias.”

Another major focus of Behar’s throughout the article is the use of casualty statistics to paint Israel as careless if not criminal in its conduct. But Behar writes:


The arithmetic of civilian casualties in Gaza is one of the principal media crimes in this war. It became obvious weeks ago that major Western journalists routinely swallowed the huge civilian-casualty figures dished out to them by Gaza’s Ministry of Health, a bureaucratic arm of a terrorist group that was shown to have lied about such figures in past wars. In some cases, reporters cite numbers instead from the United Nations, which gets its numbers from—surprise—the Hamas ministry, a dubious source of information, akin to relying on the Reich Health Office for German civilian-casualty statistics during World War II. On many occasions, major American news outlets haven’t bothered to even attribute the numbers to either the ministry or the UN—simply reporting as fact that “most,” or “the majority” or the “vast majority” of casualties in Gaza are civilians.
At the very least, readers or viewers should be told by those reporters (or their editors/producers) to take the figures with some salt. Meanwhile, Israel’s best research institute on the subject, the Meir Amit Intelligence and Terrorism Information Center , is to this day all but ignored by Western media. And yet they are the only independent outfit that takes the time to match the names of the dead with known terrorists. Their results thus far (with 450 deaths analyzed) show that approximately half are civilians. Based on prior wars with Hamas, it’s highly likely that, in the final analysis, the majority of the dead will have been terrorist operatives.

The New York Times belatedly, as Behar later noted, did start to note the disproportionate number of fighting age males who were killed and cited the work of the Meir Amit Intelligence and Terrorism Information Center. But still, every time casualties are mentioned, adds that most casualties are civilians. (Col. Richard Kemp noted after Cast Lead that in any war civilian casualties usually exceed military casualties, but the Israel had lowest the civilian to combatant ratio he’d ever seen.) It’s also worth mentioning that two years after reporting that the majority of those killed had been civilian, Hamas acknowledged 600 – 700 of its fighters had been killed. That was roughly in agreement with the Israeli figures all along. But no one seems to have learned from that experience.

In all these cases matters of bias are never addressed by the media. Whether it is having an activist as a reporter, or a network that is doing the will of a foreign, hostile government or the misrepresentation of casualty figures, all of these conspire to cast Israel in a negative light.

In the beginning of the expose, Behar demolished one of the most tendentious arguments offered in defense of media bias generally, and anti-Israel bias specifically:


It has long been said at the New York Times that if both sides of the Israeli-Palestinian divide complain about their coverage, then that’s proof they are doing a good job. In fact, a year or so ago, a former Times reporter commented on Rudoren’s Facebook page that this was what she herself was told when she arrived at the paper. Indeed, when the Times responds to criticism about its anti-Israel bias, it’s spokesperson Eileen Murphy likes to call attention to the enormous criticism they get from both sides. The truth is that upsetting both sides of a conflict does not mean you’re doing your job. It can often mean you’re just lazy. There are facts, there is history, and there is reporting that can get to the bottom of much.
It’s also an absurd excuse. If Nazis and Fascists both complained about Times coverage of Germany before World War II, does this mean that the coverage was flawless? The assumption is that criticism from both sides “cancels each other out.” But it’s possible that one side may have well-warranted complaints while the other might be totally frivolous—and might be complaining just to create the “two sides are complaining” effect.

The “we get criticized by both sides,” argument is, as Behar calls it, lazy. The goal of reporting should be accuracy not upsetting both sides. There’s a lot more to the article and it is well worth reading in its entirety.

Behar illustrated The Media Intifada with Brotherhood and Crash of Civilization by LI’s resident cartoonist A. F. Branco. Previously Behar cited Prof Jacobson’s work on the American Studies Association academic boycott of Israel in a letter criticizing NYU, his alma mater, for failing to take a decisive stand against the boycott."