Media are Hamas' main strategic weapons. For example, Jodi Rudoren of the NY Times. Or BBC reporter at Hamas rally in 2001 saying, 'We journalists stand shoulder to shoulder with you in your struggle against Israel'

"In a talk in Jerusalem on Tuesday at the Israel Center, Dr. Richard Landes, the director and co-founder of the Center of Millennial Studies at Boston University, said that “global jihad is waging a cognitive war against the West because they cannot win on the battlefield.”...

He defined a three-prong strategy used by Hamas to control public discourse: “Arouse protest in the West to stop Israel; feed Lawfare (law warfare) attacks that severely restrict Israel’s use of weapons; demonize and delegitimize Israel in the world community [with events such as] Israel Apartheid Week and BDS.”

The main seeds of slanted reporting and the long-war strategy against Israel originated in the 2000 Muhammad al-Dura affair. During the second intifada in Gaza, the French journalist Charles Enderlin alleged, without observing the incident, that Israel subjected a 12-year-old Palestinian, Muhammad al-Dura, to targeted weapons fire that killed him.

Landes, who has written extensively on Dura, presented evidence at the talk that the affair falls under the rubric of “Pallywood” – a staged death to provoke international outrage at Israel.

Landes stressed that “intimidation [of journalists] is the huge story” coming out of Operation Protective Edge.

In August, the Foreign Press Association severely criticized Hamas for intimidation of journalists in Gaza. The FPA statement unleashed a series of defensive statements from journalists who rejected Hamas intimidation, according to Landes.

He cited statements from Jodi Rudoren of The New York Times, saying “Every reporter I’ve met who was in Gaza during war says this Israeli/now FPA narrative of Hamas harassment is nonsense.”

A second example was from CNN’s Karl Penhaul, who said that “the mere suggestion that we [journalists] would show dead, wounded and dying to make headlines is obscene… there are no Hamas instructions on what to and not to report.”

Landes sees a brand of advocacy journalism unfolding in the Israel- Palestinian conflict. He cited a BBC reporter who announced in 2001 at a Hamas rally, “We journalists stand shoulder to shoulder with you in your struggle against Israel.”

For Landes, the unintended consequences of Hamas’s war strategy and its connection to global jihad is “lethal journalism“ and the blood libel that Israel targets Palestinian children. 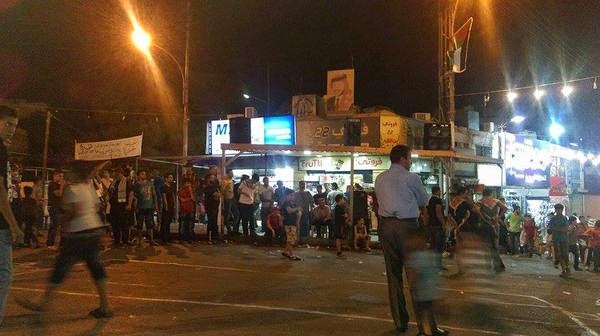 8/27/14, "This is the"mega"pro-Hamas rally in Jordan, approved by Jordan's ministry of interior,king's photo on top!15 people? pic.twitter.com/KKj94x40TG," Mudar Zahran

Comment: If you have the NY Times you can get people to believe absolutely anything.