.
"In March (2013), some of the biggest figures in the technology industry, including Mr. Zuckerberg, the Microsoft founder Bill Gates...unveiled a new nonprofit advocacy group, called Fwd.Us, with its first mission being to push Congress to overhaul immigration law."...


But most who watched the commercial, sponsored by a new group that calls itself Americans for a Conservative Direction may be surprised to learn who bankrolled it: senior executives from Silicon Valley, like Mark Zuckerberg of Facebook and Reid Hoffman of LinkedIn, who run companies where the top employees donate mostly to Democrats.

The advertising blitz reflects the sophisticated lobbying campaign being waged by technology companies and their executives. ...
.
Those deals were worked out through what Senate negotiators acknowledged was extraordinary access by American technology companies to staff members who drafted the bill. The companies often learned about detailed provisions even before all the members of the so-called Gang of Eight senators who worked out the package were informed.


“We are very pleased with the progress and happy with what’s in the bill,” said Peter J. Muller, a former House aide who now works as the director of government relations at Intel. “It addresses many of the issues we’ve been advocating for years.”

Now, along with other industry heavyweights including the U.S. Chamber of Commerce, the technology companies are trying to make sure the law gets passed — which explains the political-style television advertising campaign, sponsored by a group that has revealed no details about how much money it gets from its individual supporters.
.
The industry also hopes to get more from the deal by working to remove some regulatory restrictions in the proposal, including on hiring foreign workers and firing Americans.
.
Silicon Valley was once politically aloof before realizing in recent years that its future profits depended in part on battles here in Washington. Its effort to influence immigration legislation is one of its most sophisticated. ...
Facebook’s lobbying budget swelled from $351,000 in 2010 to $2.45 million in the first three months of this year, while Google spent a record $18 million last year.

That boom in spending translates into hiring of top talent in the art of Washington deal-making.
.
These companies have hired people like Joel D. Kaplan, a onetime deputy chief of staff in the Bush administration who now works for Facebook; Susan Molinari, a former House Republican from New York who is now a Google lobbyist; and outside lobbyists like Steven Elmendorf, a former chief of staff to Richard A. Gephardt, a former House majority leader, who works for Facebook.


The immigration fight, which has unified technology companies perhaps more than any other issue, has brought the lobbying effort to new heights. The industry sees it as a fix to a stubborn problem: job vacancies, particularly for engineers.
“We are not able to fill all the jobs that we are creating,” Brad Smith, Microsoft’s general counsel, told the Senate Judiciary Committee late last month.
.
Chief executives met with President Obama to discuss immigration. Venture capitalists testified in Congress. Their lobbyists roamed the Senate corridors to make sure their appeals were considered in the closed-door negotiations among the Gang of Eight, which included Mr. Rubio and Senator Charles E. Schumer, Democrat of New York, who have been particularly receptive. ...
.
Critics of H-1B visas point out that they mostly bring workers at the lowest pay scales....

In March, some of the biggest figures in the technology industry, including Mr. Zuckerberg, the Microsoft founder Bill Gates and the venture capitalist John Doerr, unveiled a new nonprofit advocacy group, called Fwd.Us, with its first mission being to push Congress to overhaul immigration law. The group has hired lobbyists and a staff of veteran political operatives.


One of its first campaigns was to bankroll the television ad for Mr. Rubio. Two other ads backed Senator Lindsey Graham, Republican of South Carolina, and Senator Mark Begich, Democrat of Alaska, who is considered a critical swing vote, in a state where there are many critics of the legislation. Mr. Jesmer said the group spent “in the seven figures” on the ads.
.
Mr. Rubio has been a vocal ally. He says he understands the industry’s need for talent and wants to prevent companies from having to ship work overseas.
.
To negotiate the details on the immigration bill, Mr. Rubio hired Enrique Gonzalez, who took a leave from a law firm that handles H-1B visa applications for many technology companies. Mr. Gonzalez said the assignment presented no conflict of interest because he works with universities handling visas, not technology companies.
.
The fact that technology lobbyists were given an unusual degree of access to the negotiators on the bill is entirely justified, he said. “Because of the unique needs of the technology industry, the newness of it, the novelty of a lot of the issues they are confronting, I think that was why there were more engaged than some of the other industries were,” he said." 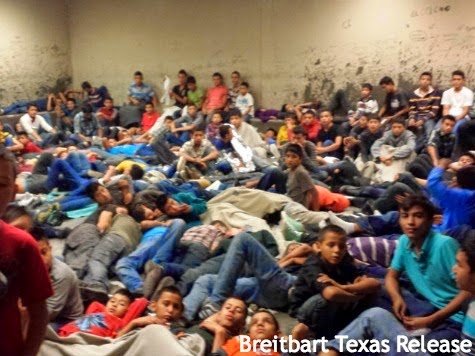 Haley Barbour is on Bd. of Directors of so-called "Americans for a Conservative Direction," a billionaire backed lobby group seeking to ease US immigration laws. It should be obvious by now that existing US laws aren't followed anyway. 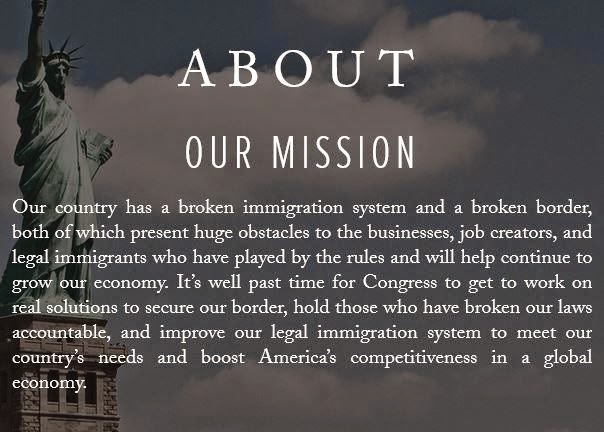 The Barbour group mission statement includes the usual claim that America's "broken" borders are harming America's "competitiveness in a global economy." What they mean is borders aren't broken enough to turn the US into another violent, failed Latin American toilet. As the Wall Street Journal began recommending on July 3, 1984:

"We shall have open borders."

"The Wall Street Journal again calls for the abolition of the United States."

"Americans for a Conservative Direction, an affiliate of the Silicon Valley-backed FWD.us advocacy group, on Friday launched a remarkable $750,000 ad campaign heaping praise on the House GOP for its new plan for immigration reform.

President Barack Obama signaled Friday in a Google Hangout interview that he was open to the GOP terms, meaning reform is looking more likely than it did a week ago."...
. 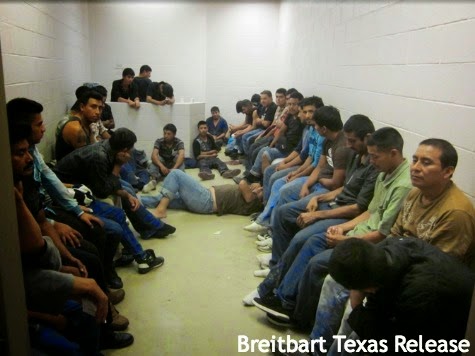 Comment: No one elected to office in either party has the slightest intention of observing our laws and guarding our safety as they pledged to do.