Chamber of Commerce has spent $700,000 in past two weeks in Mississippi for Thad Cochran and against Chris McDaniel (scroll down): 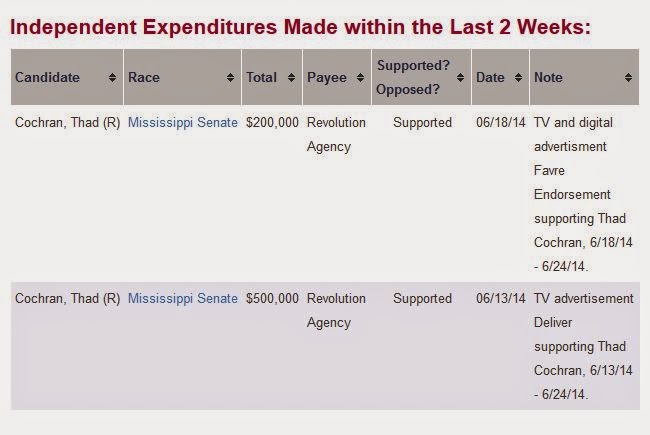 Comment: If the Chamber of Crony Capitalism is this desperate to silence the voices of Mississippi voters, Chris McDaniel must be ten times better than we already thought and Thad Cochran must be ten times worse.

NY billionaires are even throwing cash at Cochran. They think he'll make them even richer:

"Hey Mississippi. You know Michael Bloomberg right? He’s the guy who wants to take your guns away. He’s the guy who created a non-profit group to agitate against the second amendment. He’s the guy spreading lies about the number of school shootings in the country.

Who do you think Thad Cochran will stand with the next six years if he gets re-elected. You people or the man who bought his re-election?

1. While the surveys are consistent in showing McDaniel’s lead growing among voters from the June 3rd primary, our work does not measure for the potential growth in turnout.
2. No survey can fully capture the extent of the backlash among rank and file Republicans to Cochran’s tactics in the runoff.
3. In a campaign defined by the bizarre, we don’t know what is in store over the next 72 hours. 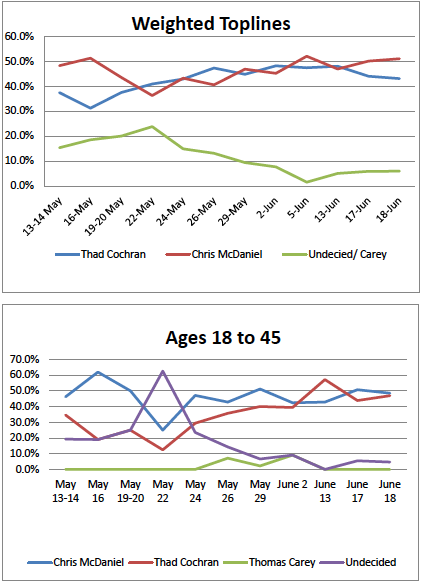 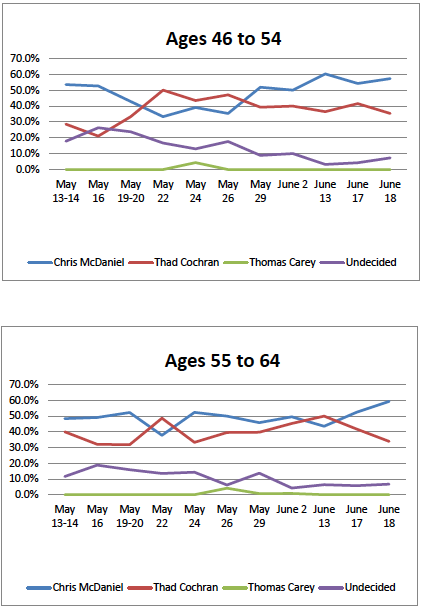 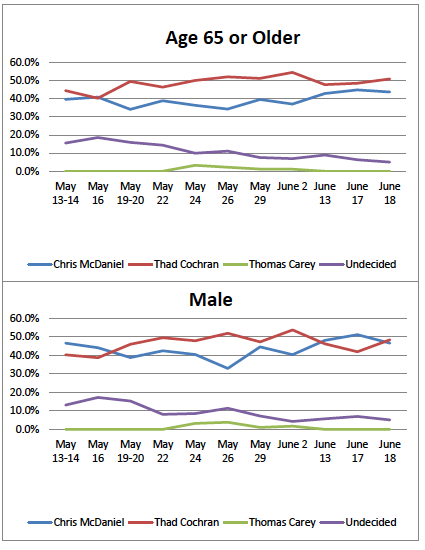 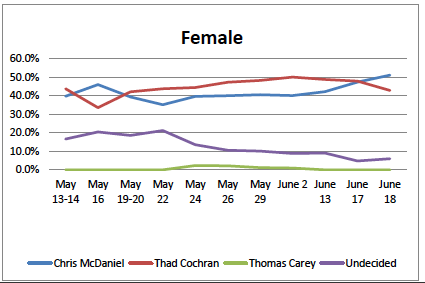 
"Why is a Democrat surveying in the GOP Senate Race? This is the most interesting race in the country and it’s happening in our back yard. These surveys help us better understand the Mississippi electorate and that’s helpful in our other work instate.

What if you are wrong with your assessments? If we find on Election Day we’ve missed the mark, we look at our assumptions about turnout and demographics and make sure our scripts were clear and we weren’t “leading the witness” with our questions. And we also look at the dynamics of the race to see if there were factors that just couldn’t be measured in a survey. This humbling experience of getting it wrong—however rare—helps us improve our tool." via Breitbart and Yall Politics
====================================
==================================
.
Beltway GOP says they're going to "crush" the voice of the people:
“I think we are going to crush them everywhere,” Sen. Mitch McConnell said.


"Top congressional Republicans and their allies are challenging the advocacy groups head on in an aggressive effort to undermine their credibility. The goal is to deny them any Senate primary victories, cut into their fund-raising and diminish them as a future force in Republican politics.
“I think we are going to crush them everywhere,” Mr. McConnell, the Senate Republican leader, said in an interview, referring to the network of activist organizations working against him and two Republican incumbents in Kansas and Mississippi while engaging in a handful of other contests. “I don’t think they are going to have a single nominee anywhere in the country.”"...

Email ThisBlogThis!Share to TwitterShare to FacebookShare to Pinterest
Labels: Thad Cochran's millionaire and billionaire donors from outside Mississippi think he'd make them even richer