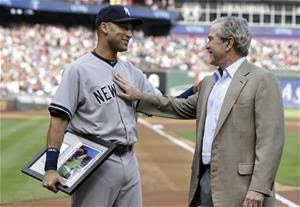 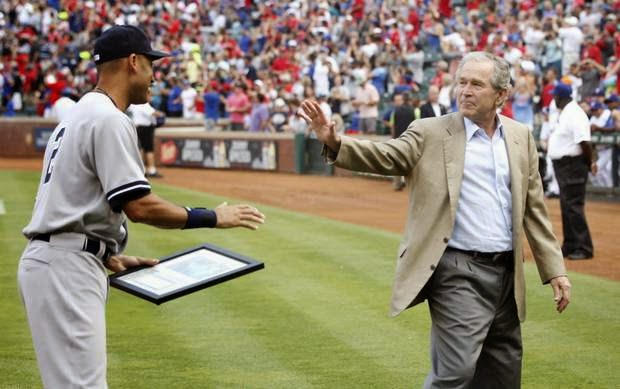 ""Don't bounce it, they'll boo you," Bush remembers him saying."....Final 2-1 Yankees over Diamondbacks

"President Bush with a presentation to Derek Jeter. A signed photo of them together before Game 3 of the 2001 World Series." Jeff Wilson, Fort Worth Star-Telegram twitter