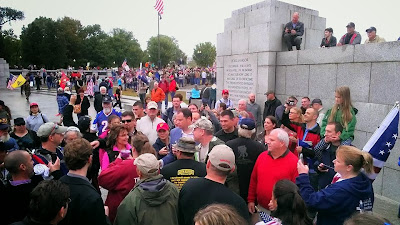 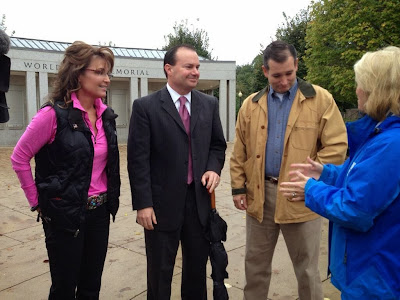 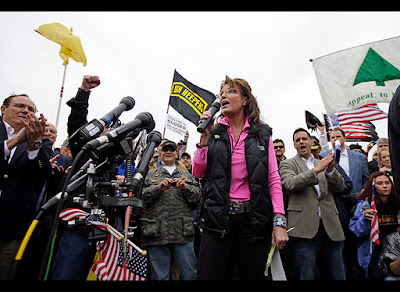 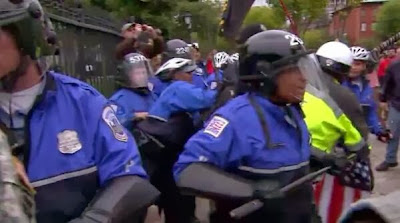 "Thank God we have baton wielding riot police to protect us from 85 yr old vets in wheelchairs. Thanks, Mr. Obama" 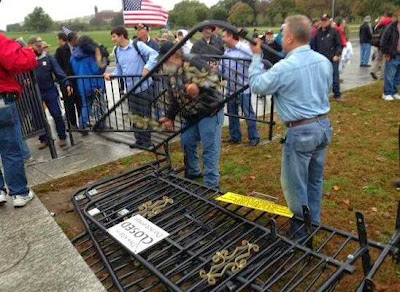 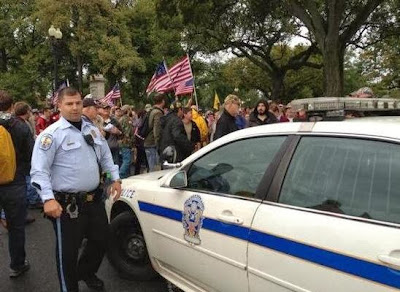 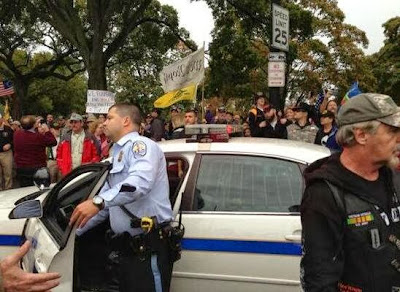 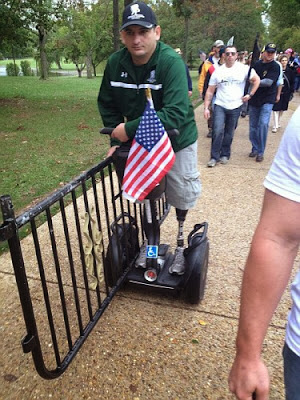 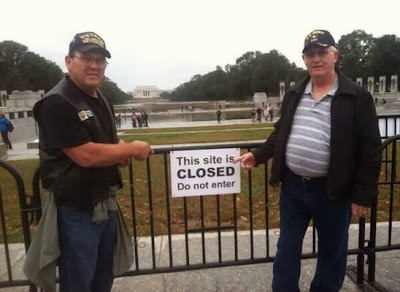 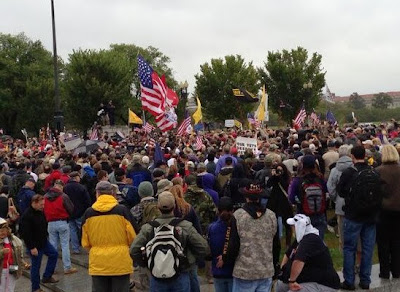 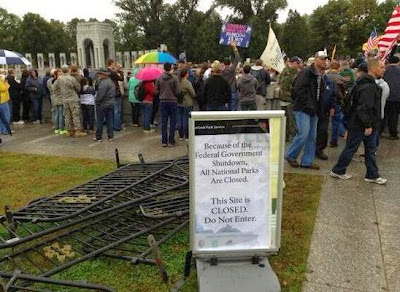 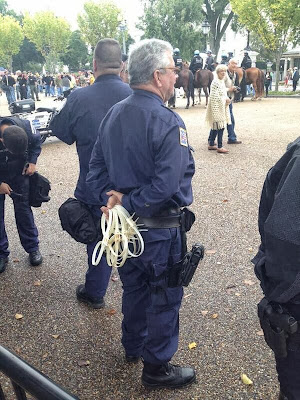 Commenter who attended the rally:

"I Was at the rally, just got home. There was a peaceful stroll from the WWII Memorial to the Vietnam Memorial over to Lincoln Monument then over to WH. On the way to the WH some people picked up some of the barriers and carried them to in front of the WH where they peaceful made a pile of the barriers. We shouted slogans, nothing derogatory or offensive. However, within 20 minutes of being there we were surrounded by park police in blue helmets, which I guess signifies that they’re in riot mode, there were even officers on horses. This is an outrage, these people were not at the illegal amnesty rally earlier in the week. They then took the barricade fencing we had piled up and used it to push us back away from the WH fence, as if anyone was going to be stupid enough to attempt to scale the fence. At one point a park police pushed one of the attendees and there ended up being a scuffle, but clear heads prevailed and we convinced people not to allow the tyrants to incite and agitate us. We stayed for about another hour and then many broke off and went to the Capitol, from there I had to head home. I want to say that I am proud of those that made the sacrifice to show up and stay the course."...

[Ed. note: Important point. We don't pay our protesters. We're not professional protesters ourselves. Many who've attended important events like this over the past few years spent time and money they didn't really have. It costs a lot of money to go anyplace even for one rainy day. As the commenter says, it's a sacrifice. Appreciated.]

(continuing): "HOWEVER, there should have been millions more there today not just several thousand. We have got to start walking the walk and not just paying lip service on FB from the safety and comfort of our couch."

"We were proud to stand with thousands of America's vets and other patriotic Americans today in Washington, D.C.. This morning, Todd and I met with Senators Ted Cruz and Mike Lee, and they joined us and other Americans at the World War II Memorial and then at the Lincoln Memorial, where we were met by a SWAT team in full riot gear! Watching those who have fought to protect freedom prevented by barricades from visiting these memorials to freedom was truly heart wrenching. Seeing the unity of the American people as they joined together and rose up against this out of touch government was an inspiration. God bless our veterans, those who continue to serve, and their families.

I'll be posting an album of some photos from today. Below are the brief remarks I gave today:

We're here to show that the size of America's heart for our veterans is immeasurable! But look around – barricades to shut down our memorials? Is this how a Commander in Chief expresses his gratitude? This "shutdown" priority proves a shameful lack of respect. It reflects a person's lack of valor.

So, as we honor you, U.S. Military, know that our gratitude will not sleep! We will be brave! You were not timid, so we shall not be timid in calling out ANY who heart-wrenchingly would use you as pawns in a political game.

America's finest paid the price for our freedom today. Vets, you protected us from tyranny then. Rest now, it is OUR turn to protect against tyranny again.

Ronald Reagan said, "Some people live an entire lifetime wondering if they ever made a difference in the world." YOU, vets, need never ask that of yourselves. You made ALL the difference!

Our war memorials remind us of the cost to keep us free. YOU paid the price! Rest now! We will pick up the mantle. We won't let you down. We now take up the fight for freedom!"

Comment: The US no longer has a two party system. The GOP (elected and unelected) joined with the democrats, a process completed during George Bush #1 and #2. We're now removing these parasites and barnacles:

In June 2007 Peggy Noonan wrote that George Bush #1 and #2 had destroyed the Republican Party:

2/20/13, "As Country Club Republicans Link Up With The Democratic Ruling Class, Millions Of Voters Are Orphaned," Angelo Codevilla, Forbes
.
"Increasingly the top people in government, corporations, and the media collude and demand submission as did the royal courts of old."...

"Again and again, the American people are forced to confront the fact that its ruling class is not on its side." (subhead, Public Safety)

P.S. Google/blogger still can't stand free speech. It wouldn't accept a single link I made on this blog to Sarah Palin's Facebook page. I had to use one of my non-google blogs to make the links then import them to this blog. The google people have everything--the entire mass media, Hollywood, the entire political structure, the public schools, but it's not enough.