In NJ Senate race Tea Party candidate Steve Lonegan won higher % of U.S. Senate vote than any Republican in NJ has in 12 yrs.. Booker only won by 10 pts., barely half Obama’s 2012 numbers. Obama ad for Booker did nothing to help him-J. Fund

“Democrats did everything they could to portray yesterday’s special election for a Senate seat in New Jersey as a referendum on Republicans and the Tea Party. They clearly fell short of their expectations as Democrat Cory Booker underperformed his showing in almost all the polls, and wound up winning by only 10.3 points. By contrast, President Obama won New Jersey by 18 points just last November. At the same time, Democratic senator Robert Menendez cruised to a 19-point victory over a veteran moderate Republican state senator.

In a video released on Monday, President Obama had urged people to vote for Democrat Cory Booker “to send a message to the entire country about what kind of leadership we expect from our representatives in Congress, that we’re better than the shutdown politics we’ve seen in Washington.” Booker himself endlessly referred to Republican Steve Lonegan’s time as head of the state’s chapter of Americans for Prosperity, a tea-party-aligned group.

But Booker’s strategy didn’t seem to work and may even have energized Lonegan’s base. Booker had a 35-point lead only six weeks ago. A Rutgers-Eagleton poll released just last Monday still showed him with at 58 percent to 36 percent lead. Quinnipiac’s poll released on Tuesday had Booker with a 14-point lead. Only the Monmouth University poll that came out on Monday properly pegged Booker with a ten-point lead.

Lonegan lost, but his principled campaign showed the strength of conservative activists in a state that hasn’t voted Republican for president in a quarter-century. Since the campaign culminated with the government shutdown in Washington, it can’t be said that voters rose up to protest Republicans as Obama and Booker urged. In defeat, Lonegan won a higher percentage of the vote for U.S. Senate than any Republican in the Garden State has gotten in a dozen years.” via Mark Levin show

===================================
.
Comment: Mark Levin has said at least twice on his radio show that the Republican Party didn’t gave a dime to Steve Lonegan’s campaign. Thank heaven. Now the pathetic GOP can take no credit for Steve’s great showing. Apparently they were embarrassed enough that an RNC official came to a rally one day before the election.

A brainwashed Philly.com writer labels Lonegan ‘far right’ for merely urging the GOP not to capitulate:

Lonegan’s campaign suggested the best path would be opposite of any suggested by major RNC losers like Karl Rove and Ari Fleisher:
.
8/15/13, “National Democrats Cast New Jersey Senate Candidate As Symbol Of GOP Rebranding Struggles,“ buzzfeed.com, Ruby Cramer
.
“Steve Lonegan, the Republican senate nominee barely known outside the state, is about to get a lot of attention — but not from his own party. “No one in New Jersey cares what the RNC thinks anyway,” the Lonegan camp says.”

““Karl Rove and Ari Fleischer? The ones responsible for losing everything? We’re supposed to listen to them?” asked (Lonegan strategist) Shaftan. “We should do the opposite of everything they suggest.” 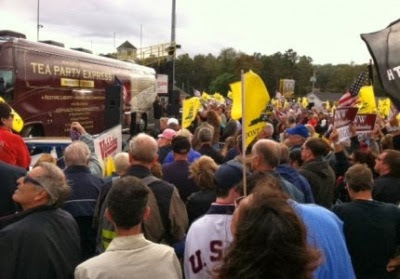 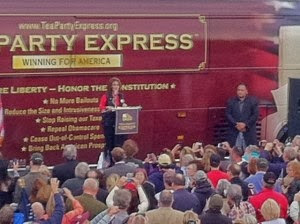 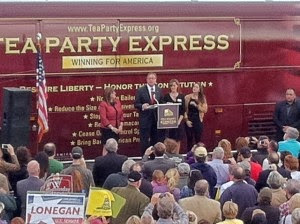 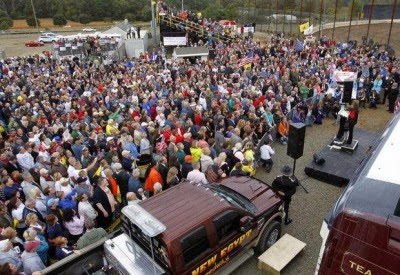 Email ThisBlogThis!Share to TwitterShare to FacebookShare to Pinterest
Labels: NJ Senate Tea Party candidate Steve Lonigan had best showing a GOP Senate candidate in NJ has had in 12 years