"The Governor thinks he's the bomb. Why won't media push back? Which brings me to my Sunday U-T San Diego editorial: 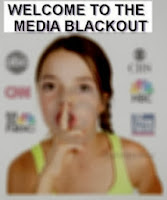 
"Of all the politicians in America, few get as consistently positive coverage as our governor these days. Here in California, we’ve just gone through the usual fall ritual of journalists poring over Jerry Brown’s witty, sharp-tongued, sometimes unpredictable veto messages and detecting the presence of a higher being.

Nationally, the media narrative is downright worshipful. The first time Brown was governor, he was depicted as smart but eccentric — Gov. Moonbeam. Now it’s smart but brilliantly focused and decisive.

In BusinessWeek, Brown’s record was offered up as proof that “unsentimental, grown-up leadership can solve an economy’s most intractable problems.”

In Rolling Stone, readers were told “America’s shrewdest elder statesmen” helped California escape its “economic morass,” creating a government that should be a “global model.”

But what one would never guess from his press clippings is that Brown presides over the state with by far the nation’s highest poverty rate.

According to a 2012 Census report, once the cost of living is factored in, nearly one in four state residents — 23.5 percent — live below the poverty line. And according to a U.S. Bureau of Labor Statistics measure that includes those who have given up looking for work, California has the second worst unemployment rate in the nation. More than one in six Californians who want to work full-time — 18.3 percent — can’t find such jobs.

How anyone can look at this picture and conclude the Golden State has solved its economic miseries is baffling. Silicon Valley and the Bay Area are doing well. San Diego and Orange counties are much improved. But the Great Recession never ended in the Central Valley, Imperial County or the Inland Empire. Nor did it end for millions of Latino and African-American families in the minority neighborhoods that don’t reflect the tidy picture offered by the national media.

Brown, alas, won’t acknowledge the depth of our economic woes. Such is his hubris that he’d rather enjoy the fawning than push back at the narrative of a booming, healthy California. Last month, he even gave a boastful interview to The Los Angeles Times that carried this headline: “Gov. Brown sees his ambitious agenda as a template for nation.”

Of course California’s problems aren’t of Brown’s creation. Yes, he’s been a steadier, shrewder governor than his two immediate predecessors. Yet a state in which nearly one in four people must live meal to meal shouldn’t be led by someone who would rather talk about his own alleged brilliance than the tragedy of California’s mass unemployment and mass poverty.

Jerry Brown is supposed to be an unconventional politician. But there is nothing more conventional — or depressing — than a politician who would rather take unearned victory laps than acknowledge the suffering of millions of his constituents."" image from Cal Watchdog, via Free Republic

Ed. note: For whatever reason, text from Cal Watchdog couldn't be pasted onto this blog. The U-T San Diego editorial (above) was linked in the Cal Watchdog post. Blogger kindly permitted that text.