Distrust of Arabs, the left, and the media among concerns cited by young, first time voters key in Netanyahu victory-Haaretz

.
A remarkable piece in part because it appears in Haaretz, a radical left, anti-Likud Israel publication:

"Young voters, who went on Instagram to share their election selfies, explain why they voted for Netanyahu: Security, security, security – and distrust of Arabs, the left and media." 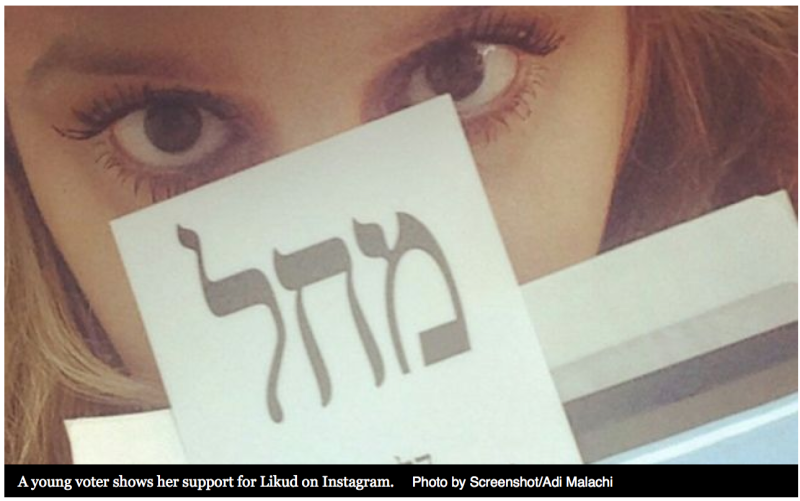 "Many Israelis woke up to quite a shock Wednesday morning, discovering that Prime Minister Benjamin Netanyahu had handily beaten challenger Isaac Herzog, despite opinion polls the previous weekend predicting a narrow victory for Herzog’s Zionst Union."...


Image above from Haaretz via PamelaGeller.com. Caption: "A young voter shows her support for Likud on Instagram."

Comment: I used screen shots instead of copy and paste because PamelaGeller.com is among sites from which my computers are unable to copy and paste. Other examples are Democrats Against UN Agenda 21, Conservative Review.

Email ThisBlogThis!Share to TwitterShare to FacebookShare to Pinterest
Labels: and the media, first time Netanyahu voters in Israel cite distrust of Arabs, the left, Young