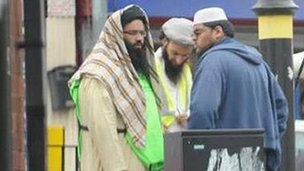 "Having recruited others, the group posed as legitimate charity workers on the streets of Birmingham and collected thousands of pounds from unsuspecting members of the public.

Posing as Muslim Aid charity street collectors they raised £12,000 for themselves, but were forced to apply for tens of thousands of pounds in loans after losing more than £9,000 of the money playing foreign currency markets.