In triumph for Goldman Sachs, US government now mandates public schools teach children that global warming exists and is caused by human beings

"Summary: For the first time, new national educational standards for grades K-12 will link global warming trends to manmade emissions. Part of our Coping With Climate Change series, Hari Sreenivasan looks at the challenges teachers face when covering the topic of climate science in their classrooms." 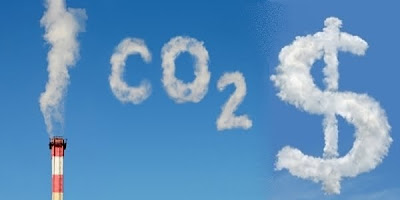 7/02/09, "The Great American Bubble Machine: How Goldman Sachs has Engineered Every Major Market Manipulation Since the Great Depression," Rolling Stone, by Matt Taibbi

"A groundbreaking new commodities bubble, The new carbon-credit market is a virtual repeat of the commodities-market casino that's been kind to Goldman, If the plan goes forward as expected, the rise in prices It will be rigged in advance."...

Taxpayer funded lies and obfuscation handed out to unformed minds of children including that weather is proof of global warming but such weather is called "climate change" which is different from "global warming."

1. "Is climate change the same thing as global warming?

No. “Global warming” refers to an increase in the average temperature near the Earth's surface. “Climate change” refers to the broader set of changes that go along with global warming, including changes in weather patterns, the oceans, ice and snow, and ecosystems. Most experts now use the term “climate change” because it gives a more complete picture of the changes that are happening around the world. Learn more about climate change.

2. Why is climate change happening?

The main reason the climate is changing is because people are adding greenhouse gases to the atmosphere. The most important greenhouse gas is carbon dioxide, which is released whenever people burn fossil fuels to do everyday activities like driving cars, heating buildings, and making electricity. As greenhouse gases build up in the atmosphere, they cause the Earth to trap extra heat, making the planet warmer. Learn more about the causes of climate change."...

"Simply put, weather is not climate."

"The latest NYT story on extremes and climate change celebrates the fact that many Americans fail to understand how human-caused climate change may be related to recent extreme events. Today's NYT reports a new poll that indicates that a large portion of the public believes that specific, recent events can be attributed to greenhouse gas emissions.

Yet, rather than citing recent research on the topic -- such as the IPCC SREX report -- the NYT decides to cheer about the public misunderstanding and speculate on its possible political usefulness"...