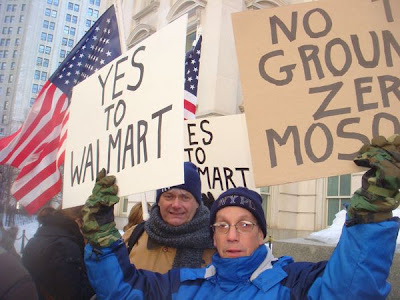 To Shop Or Not to Shop, Despots Decide

From Pamela Geller, Atlas Shrugs:
"PROTEST THE GROUND ZERO MOSQUE -- FEBRUARY 3RD
NYC COUNCIL HEARINGS BANNING WAL-MART
49-51 CHAMBERS STREET 12:45PM"
NY Mayor Bloomberg offers back room deals and taxpayer financing to lure a mosque to the World Trade Center, but Walmart in NY City-he finds that cause for alarm. The city will hold hearings to stop Walmart, and Pamela Geller views this as a time to protest government support for the Ground Zero mosque:

"But Walmart scares (NY City Council Speaker) Quinn. She is holding hearings next week to keep Walmart out of New York City. Quinn's New York City Council had declared December 14 "Hate Walmart Day." These are the village idiots running this city. Mighty mosqueteer Christine Quinn said that it would be a bad thing to be
The idea that our taxpayer dollars are funding the prohibition of a source of jobs and cheap prices while this same ruling class is working vigorously to build a victory mosque at Ground Zero is symbolic of the treachery and deceit that has become
Quinn's Wal-Mart hearing will be (Thurs.) Feb. 3, at 49-51 Chambers Street at 12:45PM. Please protest the Ground Zero mosque at these ridiculous hearings. Expose the hyprocrisy of the New York City Council and Bloomberg:
"Speaker Quinn strongly supports the Ground Zero mosque and added her considerable weight to the 150-million-dollar mosquestrosity when the existing building on the site was being considered for landmark status
Since the City Council had the last say in the landmarking process, Quinn's comments carried added weight, and landmark status was denied, paving the way for Mecca on the Hudson....
Christine Quinn and Bloomberg's toolbox, aka. the New York City Council, are refusing to allow the 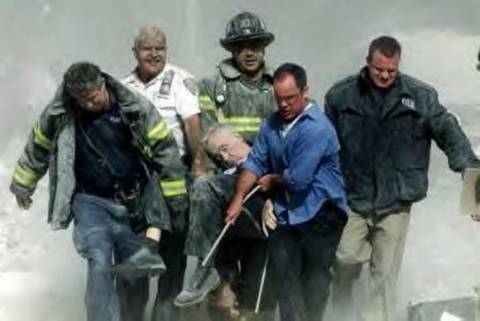 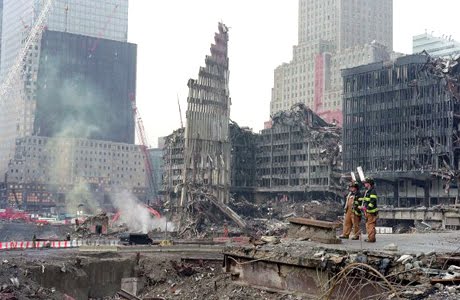 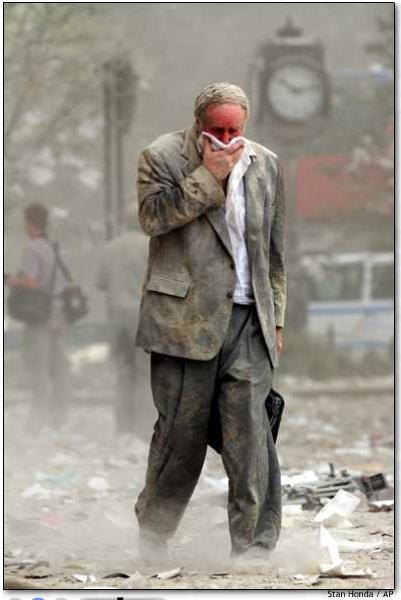