UPDATE: Protest to be rescheduled, waiting on NYC, per Pam Geller.

A notice of claim was filed Monday on behalf of St. Nicholas Church and the Greek Orthodox Archdiocese of America, declaring their intention to sue.

"This claim arises out of the arrogance, bad faith and fraudulent conduct of the Port Authority in preventing St. Nicholas from re-building its church at Ground Zero," the church says in its legal filings.

NEW YORK — A Greek Orthodox church destroyed on Sept. 11 is taking legal action against the agency that owns ground zero, saying it's reneged on a promise to rebuild the church.'

The Wall Street Journal reports that St. Nicholas Greek Orthodox Church filed a notice of claim against the Port Authority of New York and New Jersey on Monday. The papers seeks to compel the agency to live up to what it says is a "binding preliminary agreement.""...

Why is Bloomberg falling all over himself, crying,

to build a mosque with taxpayer money

for a developer with

partnering with a middle eastern media promoter partial to

who has already been given millions by American taxpayers

for which there is no accounting,

and whose property has recently been

taken over by the government for

no heat for tenants, etc. and who says

Americans have more blood on their hands than Al Qaeda, 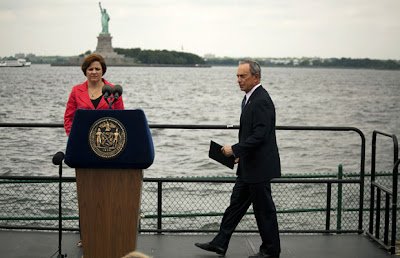 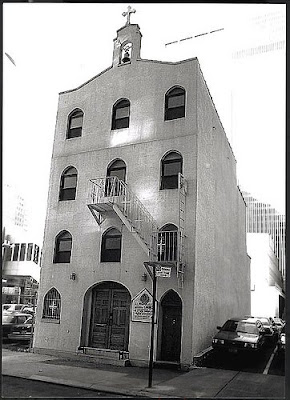 photo above from article in Atlas 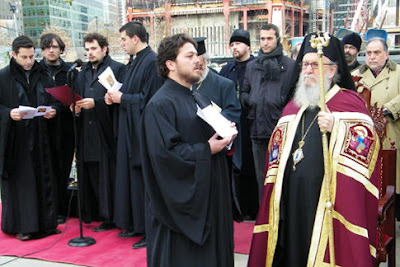 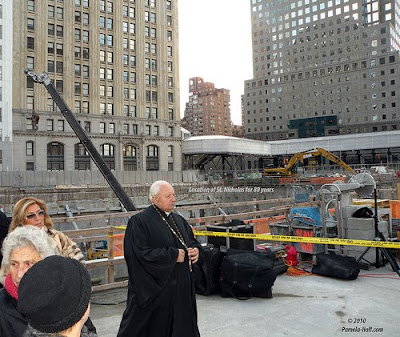 Photos above and below by Pam H., via Atlas. Last photo shows a few of the Church's artifacts that survived the slaughter on 9/11/01. 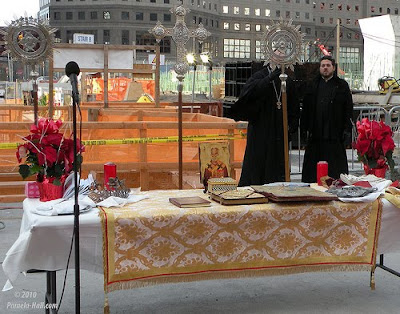 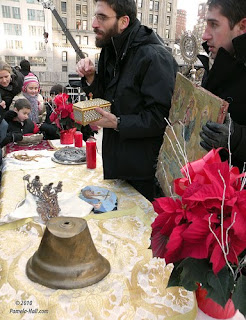