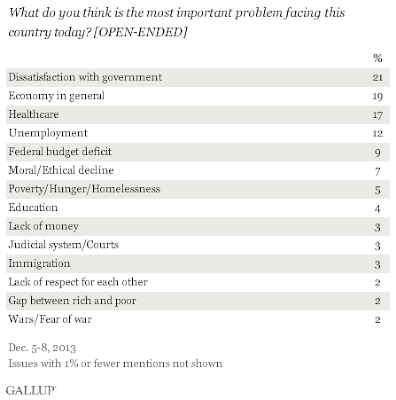 "Three issues -- dissatisfaction with government, the economy, and healthcare -- are the clear leaders when Americans name the most important problem facing the country. Beyond those, unemployment, the federal budget deficit, moral and ethical decline, and poverty are mentioned by at least 5% of Americans.

"The top five issues in the Dec. 5-8 poll have typically ranked among the top five all year."...