In Obama's 2 years, more troops lost to suicide than combat-Congress.org

.
Figures are likely to be even larger due to reluctance to report and varying standards.

"For the second year in a row, the U.S. military has lost more troops to suicide than it has to combat in Iraq and Afghanistan.

The reasons are complicated and the accounting uncertain — for instance, should returning soldiers who take their own lives after being mustered out be included?

But the suicide rate is a further indication of the stress that military personnel live under after nearly a decade of war.

Figures released by the armed services last week showed an alarming increase in suicides in 2010, but those figures leave out some categories.

Last week’s figures, though, understate the problem of military suicides because the services do not report the statistics uniformly.

Figures reported by each of the services last week, for instance, include suicides by members of the Guard and Reserve who were on active duty at the time. The Army and the Navy also add up statistics for certain reservists who kill themselves when they are not on active duty.

But the Air Force and Marine Corps do not include any non-mobilized reservists in their posted numbers. What’s more, none of the services count suicides that occur among a class of reservists known as the Individual Ready Reserve, the more than 123,000 people who are not assigned to particular units.

Suicides by veterans who have left the service entirely after serving in Iraq and Afghanistan also are not counted by the Defense Department. The Department of Veterans Affairs keeps track of such suicides only if the person was enrolled in the VA health care system — which

But even if such veterans and members of the Individual Ready Reserve are excluded from the suicide statistics, just taking into account the deaths of reservists who were not included in last week’s figures pushes the number of suicides last year to at least 468.

That total includes some Air Force and Marine Corps reservists who took their own lives while not on active duty, and it exceeds the 462 military personnel killed in battle.

The problem of reservists’ suicides, in particular, has been a major concern to some lawmakers. A Pentagon study this year confirmed that

Some types of reservists are more cut off than others. Rep. Rush D. Holt, a New Jersey Democrat, says that members of the Individual Ready Reserve and other categories of citizen-soldiers do not receive a thorough screening for mental health issues when they return from deployments....

One of those soldiers, a constituent of Holt’s named Coleman S. Bean, was an Army sergeant and Iraq War veteran who suffered from post-traumatic stress disorder but could not find treatment. He took his own life in 2008.

Moved by Bean’s story, Holt wrote a bill requiring phone contacts with these reservists every 90 days after they come home from war. The House adopted Holt’s provision as part of its defense authorization bills for both fiscal 2010 and fiscal 2011. But conferees writing the final version of the bills took it out both years.

Holt said in December that Arizona Republican Sen. John McCain was responsible for that decision in the most recent bill. A spokeswoman for McCain, Brooke Buchanan, would not state his position on the provision. Instead, she said House members had removed it.

A House Armed Services Committee spokeswoman, Jennifer Kohl, said the House reluctantly pulled the provision from the bill because of the opposition of senators, whom she did not name....

"In order to know whether the steps we’ve taken work," Holt said, "we’re going to have to have more detailed knowledge of who’s out there.""

This was a serious problem under George Bush but he is gone. It is now worse and the media said we could sleep at night because of Obama: 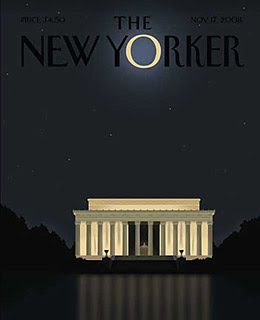 Email ThisBlogThis!Share to TwitterShare to FacebookShare to Pinterest
Labels: During Obama's 2 years more troops lost to suicide than combat