.
""Broward Circuit Judge Jeffrey R. Levenson ordered the release of more videos, saying any “potential harm” to the school’s security system was “outweighed by the strong public interest in disclosure.”"

"The Broward school district’s repeated, emphatic — and it turns out, false — statements that Nikolas Cruz had not been in a controversial disciplinary program fit a pattern of an institution on the defensive and under siege.


Facing significant legal and political exposure over the shooting at Marjory Stoneman Douglas High School, the district has tried to keep information from the public and put out untrue and misleading statements, frustrating parents who say this is the time for maximum transparency.
The district is fighting in court against the release of school surveillance video. It flatly refused to issue any records regarding the shooting to the news media, in a possible violation of the state’s open-records law. Superintendent Robert Runcie has blocked critics, including parents, from his Twitter account. More than two months after the shooting, a Broward Sheriff’s detective told a state commission on school safety that he was still waiting for the district to provide all of Cruz’s disciplinary records.
The worst came last week, when Runcie acknowledged that his forceful denials that Cruz had been involved in the Promise program, which is intended to provide an alternative to the arrest of students for minor offenses, were wrong. The district had repeatedly dismissed as “fake news” suggestions that Cruz was in the program. 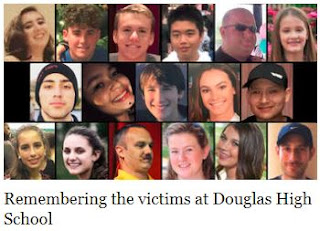