Democrat Party is still only about inciting racial hatred and being anti-Trump. Biden on MSNBC says Trump and his voters are all about sticking it to the black man-commenter

Among comments in general discussion thread frequented by Trump supporters:

April 15, 2018 at 10:25 am
So this morning I flipped the channels to find Biden talking to Sharpton on MSNBC. I cant stand either of them and was about to keep flipping but I could not believe my ears. Biden said that Trump took out all the language with regard to discrimination in the fair housing act on purpose so that he and his white supremacist followers could stick it to the black man. The said that the populist movement was designed to let the whites know that they could now dump on blacks and muslims. He lied and tried to incite hate with his lies."

"“White supremacist” has become a catch-all epithet for anyone the Democrats don’t like."....

"If this mutinous cabal succeeds in destroying democracy it won't be because of the Democrats, it won't even be the seditious media. No, it will be the left-wing activists in Republican guise, GOP turncoats who will gleefully drive the final nail."

If Establishment Republicans happen to win, they merely carry out the Democrat agenda. If they don't win a primary, "fellow Republicans" sabotage the choice of Republican voters. This prevents the US from having an actual opposition party to the Democrats, the party of government. Both parties favor the same agenda: extreme globalism (America Last), open borders, massive free trade deals including global courts run by the UN, endless foreign wars paid for by US taxpayers, and Communist style elections every 4 years.

"If a genuine opposition party is not established, nothing can save the Constitution-or the representative democracy and freedoms that are the heritage of this country." (end of article) 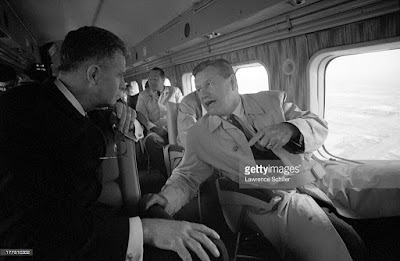 Image: 1/1/1964, Nelson Rockefeller campaigning for Republican nomination just weeks after JFK's assassination. Failing to win the 1964 nomination, an enraged Rockefeller on national television said the GOP was being taken over by "dangerous extremists".

Only JFK's VP LBJ could possibly have won the presidency in 1964.

JFK's VP LBJ was sworn in as US president, on 11/22/1963, a blood-spattered Jackie Kennedy beside him. With the assassination fresh in the country's mind, the GOP could've used the following year to build up the party, but they tore it down. Rockefeller "criss-crossed" the country warning that the Republican Party was a "danger to the nation:" "During this year, I have criss-crossed this nation...fighting to keep the Republican party of all the people-and warning of the extremist threat, its danger to the party and its danger to the nation....They have demanded that the United States get out of the United Nations and that the United Nations get out of the United States."...

(The UN? Why should Americans or anyone be forced to massively finance an unelected, unaccountable group such as the UN whose thousands of personnel can't be prosecuted for any crime anywhere in the world? How is this not slavery? How is it not taxation without representation? In 2018 we're still "extremists" for not agreeing to be global slaves.)

Added: The GOP thinks of itself as Assistant Democrats:

The Republican Party prefers to be in the minority:

that Republicans controlled the House.