Obama on campaign trail lies about GM, fails to mention $42 billion shortfall, promotes nationalizing all US business 'like he did with GM' 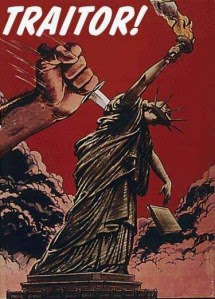 PUEBLO, Colo., "President Obama, while villifying Mitt Romney for opposing the auto industry bailout, bragged about the success of his decision to provide government assistance"...

(continuing, Poltico): "and said he now wants to see every manufacturing industry come roaring back."...

Ed. note: Politico notes they modified the tone of the article from its original in order to make it sound like Obama was in favor of our success. Since that apparently isn't a given: "Clarification: This post was updated to reflect the president's intent to express his support for manufacturing success. An earlier version was unclear about his intent."

"Despite President Barack Obama’s stories about a resurgent GM ready to repay its bailout tab, the automaker and its former bank still owe taxpayers nearly $42 billion, according to an inspector general’s report.

GM owes $27 billion on the nearly $50 billion it received from the auto bailout and Ally Bank, the company’s lending arm, owes $14.7 billion of the $17.2 billion taxpayer-funded bailout it received.

Obama has promoted the auto bailout as a success story, highlighting the manufacturing jobs it may have saved in swing states such as Ohio and Michigan.

GM’s stock has plummeted in recent months after stagnant development in overseas markets. It hit a new low on Wednesday, falling to $18.80, a 52 percent drop from its January 2011 high of $38.90.

The rapid decline of the stock price has kept taxpayers on the hook for billions in unpaid bailout dollars. The stock would need to make a quick—and meteoric—turnaround for taxpayers to break even.

"In order to recoup its total investment in GM, Treasury will need to recover an additional $27 billion in proceeds. This translates to an average of $53.98 per share on its remaining common shares in New GM,” the IG report concluded.

The federal government has maintained a 32 percent ownership interest in GM, despite promises to sell off its shares after the November 2010 IPO. The administration has also maintained a controlling interest in Ally Financial, formerly known as GMAC.

The administration lost $2.9 billion on the Chrysler bailout, a black eye to Obama’s initial promise that all taxpayer dollars would be recovered. Selling shares in GM and Ally would lead to a multi-billion dollar loss for taxpayers and could damage the Obama campaign’s claim in a March campaign video that the ailing automaker had repaid its loans.

“Because of the tough choices the president made, the stage was set for a resurgent U.S. auto industry,” (actor) Tom Hanks said, narrating the 17-minute campaign video titled The Road We’ve Traveled. “With business booming, (GM and Chrysler) repaid their loans.”

Financial experts see the election-year creeping into the decision to hold on to the falling stock.

“Geithner and the rest of Treasury doesn’t want to admit that it is a mess and they’ve been lying to us for three years,” Christopher Whalen, cofounder of Institutional Risk Analytics, told the Washington Free Beacon in April. “They’re waiting until after the election.”"

Obama had dealers order excess inventory they couldn't possibly sell, "aka channel stuffing," to juice the numbers until after he's re-elected.

"Of all curious correlations we could find to demonstrate the collapse in GM stock, which opened for trade back in November 2010 at $35, and just hit an all time post-IPO low at just over half its IPO price, the best one that exemplifies the second great collapse of GM is the amount of dealer inventory, aka channel stuffing, shown on an inverted axis: the lower the price of GM, the more the channel stuffing. Of course, nobody could have possibly predicted that. Just like nobody could have predicted that Greece will need a third bailout, let along hit the IMF goal of 120 debt/GDP in 2020."Graph: GM stock prices vs Inverted Axis Channel Stuffing (month-end dlr. inventory), Dec. 2010-June 2012. Dealer inventory increases (right hand side of graph) the farther down you go."

============================
"Traitor" image from America in Chains. To nationalize America is to kill it and enslave ordinary Americans in service of the political class. It's already happened to a large degree. Note they have special gold plated health care we must pay for but which we're not allowed to have ourselves. The GOP establishment gave us Obama, is fine with him, and expects him to be re-elected. The path is clear for whatever a radical hater wants to do.